On the Road with Dr. David Layne of Landmark MD 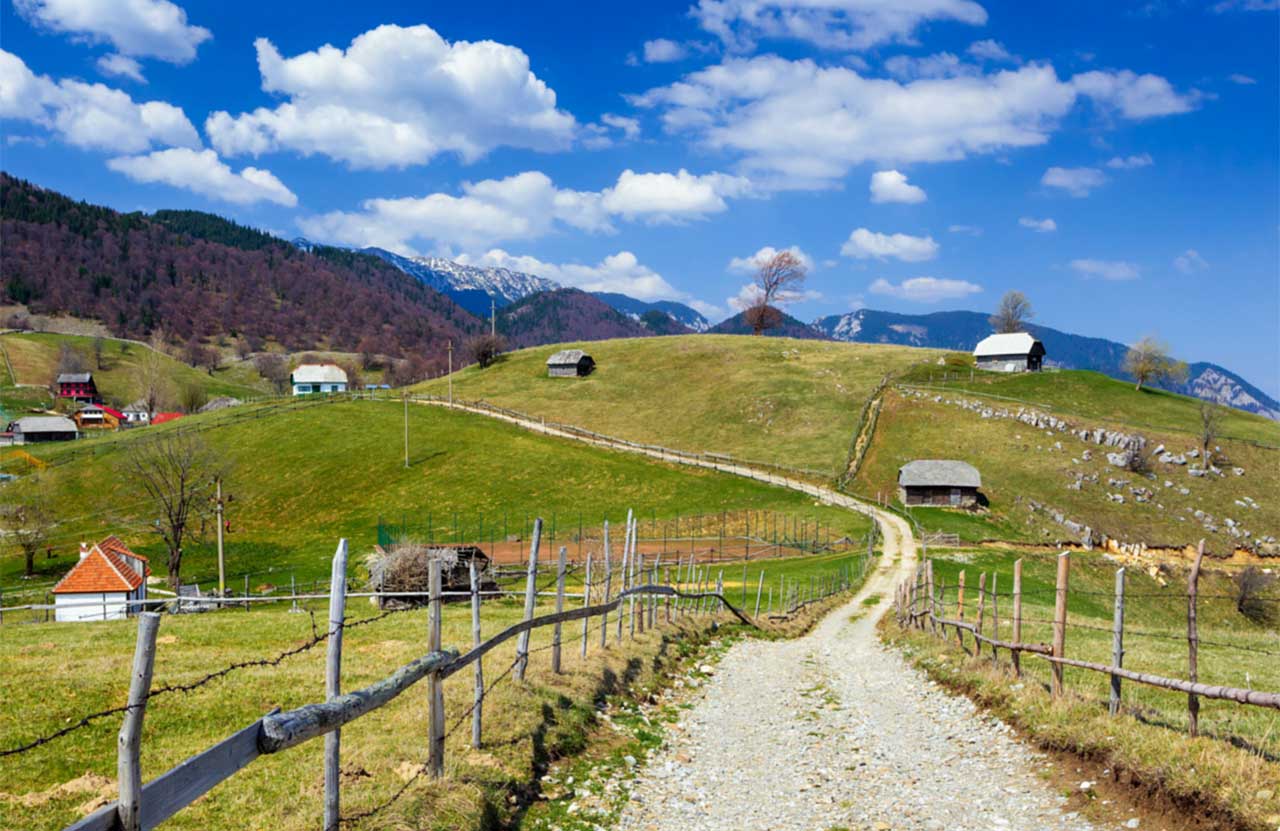 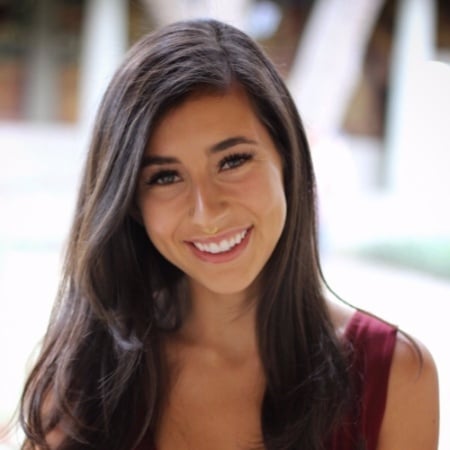 Dr. Layne believes that for doctors hankering to make change, the best path isn’t always the easiest one. “Primary care is one of the most difficult, rewarding fields.” And Dr. Layne knows this from his own experience working as a Direct Primary Care physician. “I went the other night to the hospital to see a woman that has been with me since the old practice. She’s 88-years old and at the end of her life.  In her hospital room, the family asked to take a picture of me with my patient as I was comforting her. How many people are going to a take a picture with their dermatologist or colonoscopist on their deathbed?”

Dr. Layne acknowledges the immense challenge and multiple drawbacks of working as a primary care physician under a hospital system—which is exactly why he doesn’t. Dr. Layne runs his Direct Primary Care Practice out of a 1,000 square foot office space in Belmont, North Carolina with the help of a loyal nurse and office manager. Together, they provide high-quality primary care to Dr. Layne’s growing practice without putting undue strain on their schedules, families, or wallets. “This is true health care,” he says.

Before he made the switch to Direct Primary Care, Dr. Layne’s former practice fully integrated with the rest of the hospital system, and eventually adopted the hospital’s EMR system. He describes the changes as intrusive and burdensome. “It was bad. It increased our workload, increased our inefficiency, and made life miserable. The staff was not having fun.”

Most nights, Dr. Layne came home from the office late and in low spirits. Trying to serve his four thousand patients under a rigid system was exhausting, frustrating, and ultimately unrewarding. Dr. Layne worked until ten or ten-thirty at night, seeing upwards of thirty-five patients per day.  His practice had joined the hospital system to be more competitive with insurance contracts, but it became increasingly intrusive. “I was disgruntled—it was becoming more and more difficult to negotiate with insurance companies. It was clear to me that healthcare was going in the wrong direction. Our income was going down, and it was becoming harder and harder to make a living. You’ve heard the story before.”

While his partners were able to tolerate the changes, Dr. Layne searched for an alternative to the grueling work under the hospital system. At first, he considered joining MDVIP, a national organization for concierge medicine, but ultimately decided it wasn’t the right fit. Direct Primary Care was the logical next step.

His first interaction with the community took place at the Direct Primary Care summit in Arlington, Virginia in May 2014. Dr. Layne found the summit extremely energizing. He was surrounded by doctors whose experiences mirrored his own; hearing their success with DPC as an alternative model instilled him with hope and new drive. He describes his first impression of DPC as “concierge for the masses” which highlights Dr. Layne’s own dedication to serving a diverse population.  After spending the past three months running his own practice, Dr. Layne was convinced of the unique, transformative potential of this new model. “DPC has the capacity not only to improve healthcare for patients, but also to improve the lifestyle of primary care physicians.”

Dr. Layne’s wife says that her husband hasn’t come home in a bad mood since he opened Landmark MD. Marked differences between old practice and new abound. A waiting room of seventy chairs is now a reception room of seven. His exam rooms features big windows and shutters and large TV screens where Dr. Layne can display patient charts and educational materials, turning the doctor’s office into a classroom when needed. “It’s a lot of teaching, a lot of education, and a lot of fun. My mission statement is to provide healing, promote wellness, and restore the doctor-patient relationship.”

When I asked Dr. Layne about the most rewarding aspect of working under the Direct Primary Care model, he had an answer for me right away: being able to serve a medically neglected population. “They are not the working poor—they are the working uninsured. They have been using primarily Urgent Care services for the past several years because they can’t afford not to. They can afford the needed medication, but they cannot afford the physicians to prescribe them.”

For these patients, Dr. Layne’s services are much more accessible. He describes a recent interaction with a patient who said that she was grateful to “finally feel like [she] was back with a real doctor again.” Dr. Layne finds it gratifying to be able to serve people he wouldn’t see otherwise. “They’re getting amazing healthcare for a very affordable price.” Despite this, he still thinks that everyone should work towards getting insured. “I tell every one of them they need insurance. What if you have a wreck on the way to the office or a heart attack? But whether or not they have insurance, it doesn’t affect their primary care. At least they have me to handle eighty percent of their problems.” Dr. Layne believes having accessible primary care is a preventative step against the disastrous health outcomes that require insurance in the first place.

Thoughts on the Movement for Change

After attending DPC summits for the past two years, Dr. Layne speaks about the early starters of the DPC movement with admiration. “They have a vision. They’re not out there trying to make as much money as they can make. They’re trying to change insurance and the way it’s provided.” He believes the movement has massive potential. At the first DPC summit, there were one hundred and twenty physicians. At the most recent summit, there were three hundred and sixty, and now there are more than five thousand practitioners in the DPC movement. “We’re on an exponential roll.”

Dr. Layne notes some more national shifts in the healthcare landscape in regards to DPC. “Organizations like Med Lion are now beginning to negotiate contracts with national players, so that they can carve out primary care. As we get more physicians on board, we’re going to have more say and influence in terms of where we’re heading long-term.” Dr. Layne believes that information about Direct Primary Care is spreading more quickly as a result of the advocacy of groups like the American Academy of Family Medicine and The American Academy of Osteopathy. Renewed hope for a better medical model is bringing a conversation about DPC into places it has never been before.

“It’s catching on. It’s being supported on a national level. Numbers of DPC physicians continue to grow, especially among demographics like mine: burnt out physicians in their fifties and sixties who are being pushed into retirement by impossible working conditions. But it’s not just for older folks—it’s making its way into residency programs. I flew out to the last DPC summit in Kansas City on a plane with a resident in family medicine who was looking to go directly into a Direct Primary Care style practice. It’s possible now. That’s why he’s looking at it; that’s why he was willing to meet.”

Dr. Layne disagrees with the common presumption that if all doctors switched to DPC, there wouldn’t be enough doctors to serve the US population. “Theoretically, we’re going to be bringing more into the pie. The pie is shrinking because people are quitting left and right. However, the answer is not to just see more and more patients individually—the answer is bringing more people into the mix.”

Dr. Layne admits that this may not be an easy task because of the grueling careers that physicians typically have under the hospital system. “Nobody’s going into primary care now. Instead they're going into the fields such as dermatology and plastic surgery that allow for better hours and offer more lucrative salaries.” Dr. Layne doesn’t have a problem with dermatology, but he thinks medical students are going into the field for the wrong reason: “Easy life and more money. That’s a shame. Nobody’s going into primary care because, number one, it has become the warehouse of medical information for the entire medical community. Demands from the insurance companies and government have made practicing primary care more burdensome. Number two, we’re making fifty-three cents on the dollar compared to a specialist.”

Under the Direct Primary Care model, however, all those common conceptions about the undesirable side of primary care become misconceptions. Dr. Layne reports his schedule is more manageable now, and notes that higher volume DPC doctors make the same amount as a specialist—but have more fun.

More fun might be part of the reason the DPC movement has gained so much momentum so quickly. Again and again, Dr. Layne emphasizes the remarkable energy of the DPC community. “You don’t see doctors having fun like you do in DPC. These are people you want to be around.” When Dr. Layne speaks to doctors working in traditional practices under the hospital system about the flexibility and freedom of DPC, they are astounded.

“They’ll often ask, ‘Wow, you mean I get to keep working as long as I want to? Like until I’m 80? I mean, why would I ever quit?” Dr. Layne can’t see a reason he ever would. “What would I do if I retired? Go home and do what? I’m already playing the guitar, leaving work to go to the lake, and spending more time with my family. It’s fun. It’s actually fun, again.” Maybe the answer to the question “Why DPC?” isn’t so complicated, after all.